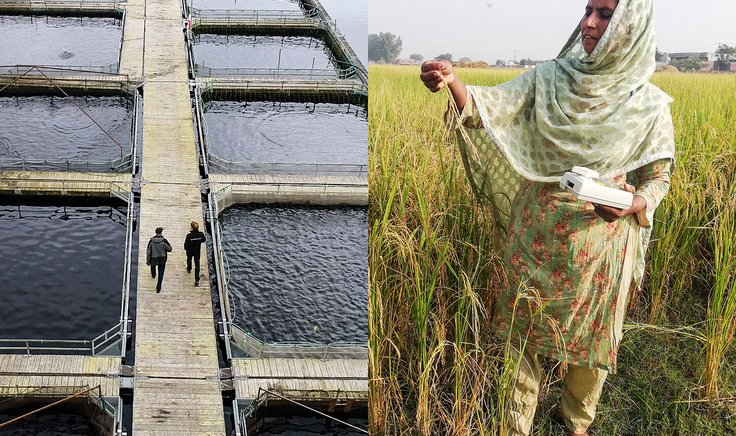 Partnering up for positive change

ANTONIA AX:SON JOHNSON started the Axfoundation in 1993 as an independent, non-profit business with the aim of working concretely and practically with sustainability issues – with innovation and a belief in entrepreneurship as a force for change as a starting point. Activities include close collaborations with companies, researchers and civil society and span three areas:

• Food of the future,
• Circular economy,
• Sustainable production and consumption.

The Axfoundation is completely independent of Axel Johnson, but collaborates with us and our companies in a number of individual projects. Here are three examples from 2021:

Our food should preferably not eat the food we eat. This is one of the basic ideas behind Sweden’s first circularly raised rainbow trout. The Axfoundation, together with the Swedish University of Agricultural Sciences and actors from the entire food chain, has proven that it is possible to grow an environmentally friendly and tasty Swedish fish on a large scale while utilizing an unused raw material resource in the form of food waste from industry. Instead of conventional feed, with imported soy and imported wildcaught fish, the rainbow trout from Älvdalslax is raised on a Swedish circular fish feed consisting mainly of insects. They have in turn eaten organic waste from, among others, Grönsakshallen Sorunda in the form of peels, cores and bread leftovers. In total, the project has produced over four tons of green rainbow trout, which in 2021 will be sold at Hemköp and selected restaurants, including Urban Deli.

Sweden imports large quantities of wool, at the same time as barely half of the wool produced by Swedish farmers is utilized – which is a huge waste of resources. With the vision “zero waste, ” the Axfoundation is project manager for the Swedish Wool Initiative. The goal is to provide Swedish industry with a regionally produced, bio-based and recyclable material that enables the circular products of the future. In 2020, the investment involved a number of partners in the Swedish wool value chain, including Filippa K.

Basmati rice from Pakistan is high quality, but for growers the conditions are often difficult. Through long-term efforts since 2015, the Axfoundation, Axfood and Oxfam have contributed to better conditions for more than 2,500 small-scale rice farmers and seasonal workers in Pakistan. New, sustainable cultivation methods have led to reduced carbon dioxide emissions, less water consumption and lower chemical use. In addition, the work has contributed to empowering women and increasing their income by up to 40 percent. A good Garant-brand rice has gotten better.

In addition to the day-to-day operations of our companies, we also participate in a number of partnerships that contribute to sustainable development for us and the surrounding world. Political week Järvaveckan – Järva Week – was started in 2016 by Ahmed Abdirahman, with a vision to reduce the distance between politics and citizens and counteract exclusion in vulnerable suburbs. Axel Johnson joined in 2018 as the main partner for Järvaveckan and The Global Village Foundation and has now extended the partnership until 2023. The Global Village has become a central point in the Swedish debate and the dissemination of knowledge about issues related to integration and development in segregated Swedish areas. 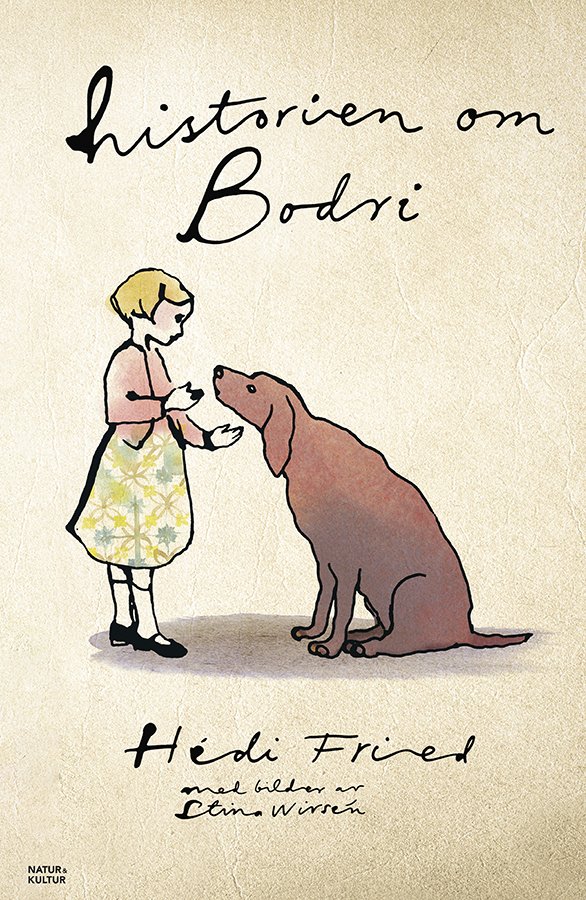 During the academic year 2020/2021, Axel Johnson carried out a project for the second time together with the Living History Forum and publishing house Natur & Kultur, where we donated Hédi Fried’s books Questions I Am Asked About the Holocaust and The Story of Bodri – 50,000 copies to Swedish ninth graders and primary school classes respectively. In addition, all class teachers received a guide to support the work with the books. The Future Work Forum (FfO) was established in 2018 with the aim of strengthening Sweden’s conditions to meet the changes that are taking place in digitalization, automation and new business models. Axel Johnson is one of the companies that via FfO contributes to dialogue and concrete proposals for a successful structural transformation. 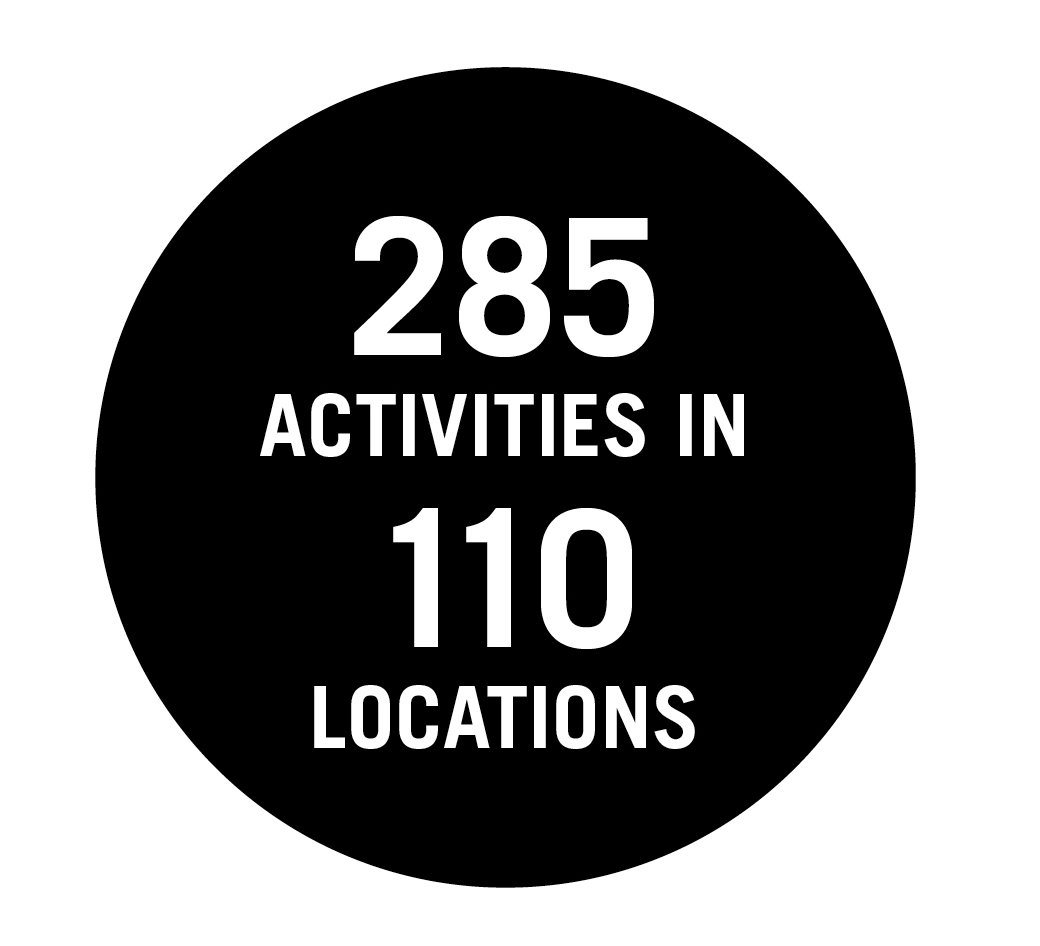 Axel Johnson participated, partly through the Future Work Forum (left), in 2019 at the launch of a national day aimed at disseminating knowledge and discussing the possibilities, challenges and consequences of digitalization, with the aim of helping us shape the best possible digital society. In 2021, Digital Idag, the digital national day, grew to 285 activities in 110 locations around Sweden, with 215 actors from business, the public sector, the trade union movement and the university world participating. Axel Johnson’s Board Chair Caroline Berg, who sits on the board of the Future Work Forum, participated and Dustin, KICKS, Mat. se and Axel Johnson International arranged or participated in seminars. 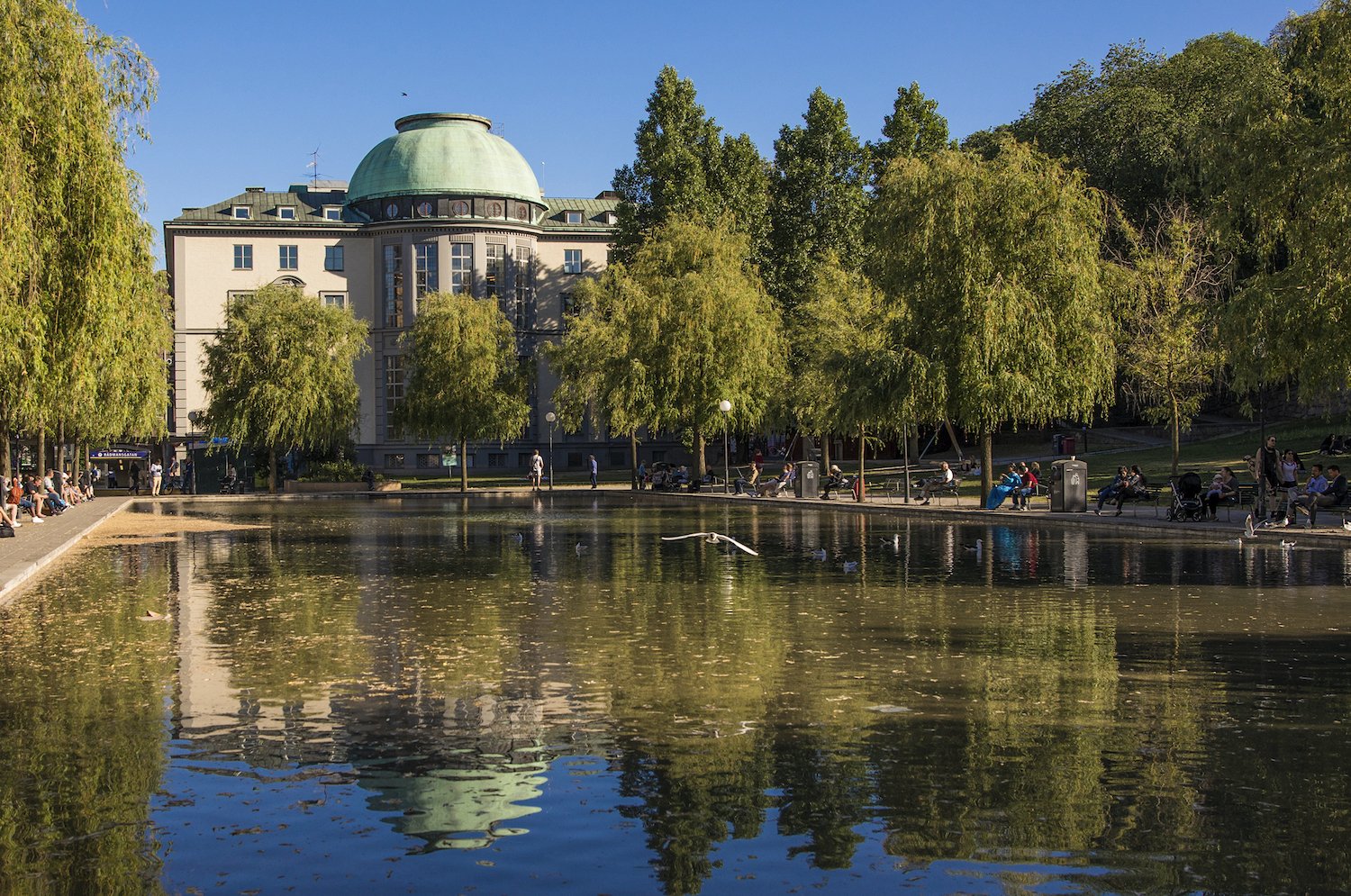 At the Stockholm School of Economics and its Center for Retailing (CFR), education and research are conducted in close collaboration with the Swedish retail trade. The center is responsible for the school’s three-year bachelor’s program in Retail Management, in which Axel Johnson participates.