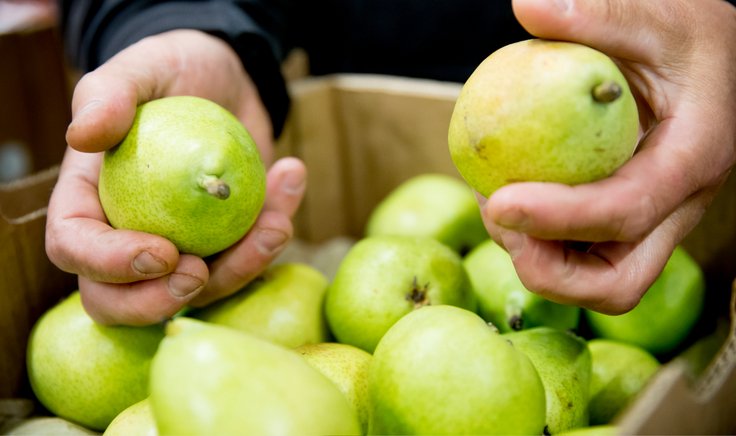 Restaurants forced to close at 8 p. m. made a tough start to 2021, but summer heat and lifting restrictions contributed to a rapid recovery in the second half of the year. Martin & Servera has taken important steps forward in sustainable logistics, digitalization and development of assortment and services, to become a restaurant’s best partner.

FROM INDUSTRY IN CRISIS TO POWERFUL RECOVERY

The first half of 2021 was a tough period for the restaurant industry and so also for Martin & Servera. With summer weather and eased restrictions, the situation changed. Demand increased rapidly due to a pent-up need to socialize in restaurants and bars and meet in person on the job. But the recovery was uneven and some customer segments, such as hotels, continued to face major challenges.

The tough readjustment measures and cost reductions that Martin & Servera implemented earlier during the pandemic contributed to earnings during the second half of the year coming in strong, with several record months. As a result, Martin & Servera’s sales for the full year increased to SEK 13.1 (12.1) billion, while earnings improved to SEK 208 (-62) million, despite heavy losses during the first four months of the year.

CLIMATE-NEUTRAL OPERATIONS ARE THE GOAL

Martin & Servera Logistik reached its goal of energy-efficient warehouses with the opening of a new warehouse in Norrköping. Martin & Servera introduced the industry’s first heavy vehicle powered by 100 percent electricity. Major investments were made in electric and biogas vehicles.

A major investment in renewable energy is being made through the construction of its own solar park. Digitalization with customer value in focus continued with the site “Rädda mat” (save food) which makes it easier for Martin & Servera’s customers and suppliers to be involved and reduce food waste.

Martin & Servera is investing in growing faster than its competitors in the restaurant market, as the social situation is normalizing. Growth in beverages continues. Galatea acquired major beverage brands to further strengthen its customer offering.

The focus of the development efforts is on solutions that can drive positive change for the restaurant industry. This involves, for example, increasing the proportion of plant-based proteins and locally grown products, making it easier for customers with digital services and well-honed e-commerce, and contributing to increased diversity and healthy workplaces in the restaurant industry

During the summer of 2021, beverage supplier Galatea acquired several classic Swedish brands, including Skåne Akvavit and Hallands fläder. The acquisition further broadens and strengthens the brand portfolio for both private customers and restaurants.

Galatea is one of the country’s largest suppliers to Swedish government alcohol monopoly Systembolaget and has been part of the Martin & Servera group since 2014. The company was started in 1997 and today includes Sigtuna Brygghus and Domaine Wines Sweden. The range includes over a thousand items, most of which consist of Scandinavia’s largest beer imports.