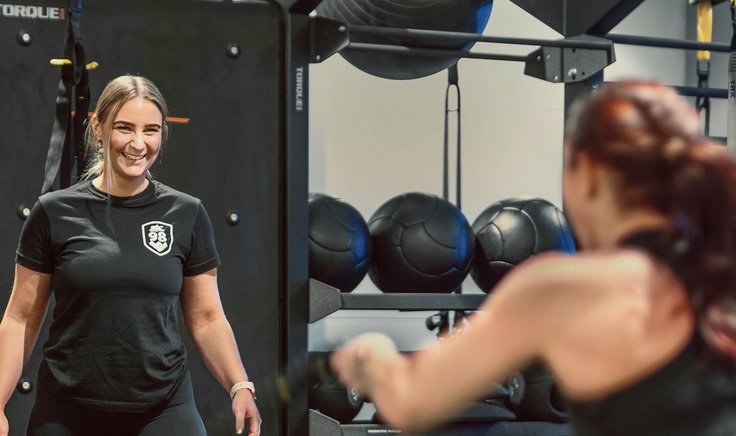 Novax continued to deepen its presence in health, food of the future, technical security and retail tech, in terms of both investments and sector expertise. This year’s largest new investments were made in the dental care chain Aqua Dental and in the British food tech company Ulrick & Short.

In January, Novax invested in Aqua Dental, the fastest growing private dental care player in Sweden. The ambition is to continue to grow through focusing on quality in both dental care and customer service. By reaching the large group that today has no regular dental care contact – which poses great risks for dental health – there are great opportunities to combine patient, societal and business benefits.

In the health area, STC acquired the fitness chain Puls & Träning, which makes STC Sweden’s second largest chain in terms of number of facilities. In addition, an investment was made in OneLab’s digital platform for occupational health.

In the arena of food of the future, Novax became majority owner of Ulrick & Short (see p. 59). Novax’s ambition together with the founders is to grow outside its British home market. In the food area, the company Färsodlarna was formed with a focus on continued commercialization of the lupine-based veggie mince product developed by Axfoundation.

In the areas of technical security and retail tech, additional investments were made in connection with RCO’s investment in Easy Access, and Voyado’s acquisition of Apptus.

The ability to recruit, develop and retain key competencies is a common challenge for Novax companies. Therefore, Novax has launched a talent forum for the companies, as well as a common recruitment platform in which most of the companies participate.

During the year, a number of recruitments were made for key positions. Anders Carlbark took over as CEO of STC, while Rikard Frost, previously of Alexander Wang and Acne, became the new CEO of Filippa K.

Even the Novax team was strengthened during the year with new employees.

In 2021, Novax partnered with the Shift initiative, which aims to strengthen entrepreneurship outside environments and networks that traditionally attract investment. This applies to the suburbs of large cities, as well as contractors outside metropolitan areas. A survey in January 2021 showed that only two percent of leading venture capital players’ investments in Swedish companies were made in companies outside city centers. Shift was awarded the Swedish Grand Prize for Journalism in the category Innovator of the Year 2021, and Novax will continue as a proud partner in 2022.

Novax has identified the food value chain and the food of the future as a priority area for investment and growth. In the spring of 2021, Novax became the majority owner of British company Ulrick & Short, which specializes in plant-based, natural “clean label” ingredients for the food industry. The company acts as a partner for food producers who want to develop new clean label products or develop an existing product range towards healthier alternatives.

Novax is an active and long-term owner partner that invests in small and medium- sized growth companies.